The Commission de gestion organises and runs the Judiciary Power which autonomously manages the resources placed at its disposal by the Cantonal Parliament. It defines strategic objectives and budget, human resources, information systems, logistics, security and communication policies. It ensures the coherence of the action of the Judiciary Power in cooperation with the Conseil supérieur de la magistrature and the Conférence des président·e·s de juridiction. 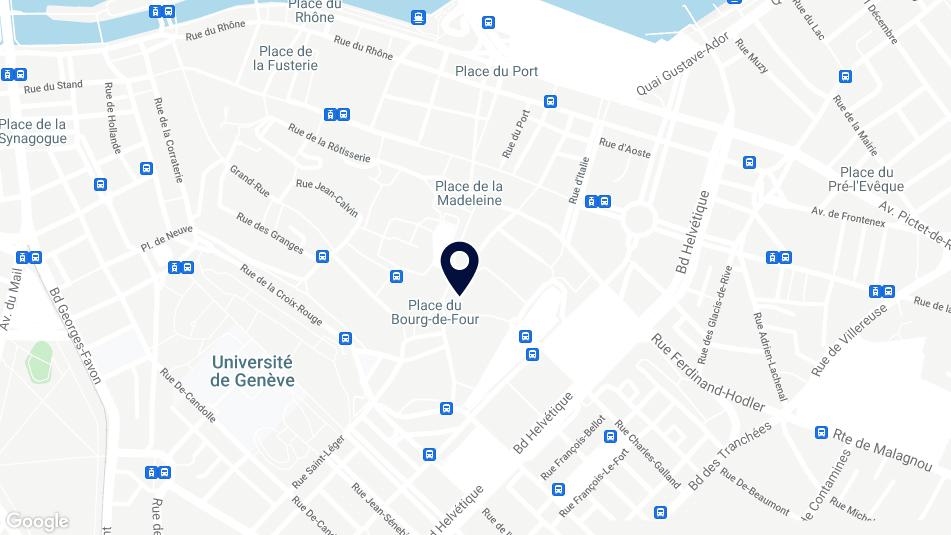 The Commission de gestion is made up of the following members:

Permanent judges who are members of the Commission de gestion are elected by the Conférence des président·e·s de juridiction for a 3-year term, renewable once.

The staff member and alternate member are elected by the staff of the Judiciary Power, also for a 3-year term.

The secretary general of the Judiciary Power sits on the Commission de gestion and has an optional vote.

Mr. Olivier Jornot holds a Master of Arts degree and a Master of Law degree both awarded by the University of Geneva. He has obtained his lawyer's licence in 1996, profession that he practiced with various Geneva-based law firms between 1997 and 2012. He has also been involved in politics since 1995, in parallel with his professional activity, first as a communal councillor of the commune of Veyrier and then as member of the cantonal parliament since 2005. He was elected as Attorney General in December 2011 and re-elected to this function in 2014 and 2020. Mr. Olivier Jornot has been leading the Ministère public since April 2012, a jurisdiction that now includes 43 public prosecutors and chief public prosecutors. Since then, he has chaired the Commission de gestion du Pouvoir judiciaire. He is also an ex officio member of the Conseil supérieur de la magistrature and the Conférence des président·e·s de juridiction.

Mrs. Alessandra CAMBI FAVRE-BULLE has obtained her Master of Law degree as well as a Diploma of Advanced Studies in European law at the University of Geneva. She has practiced as a lawyer for 17 years and was also an assistant at the University of Geneva for the civil procedure course. She has joined the Judiciary Power on 1st September 2005 as judge at the Chambre pénale de la Cour de justice. Sitting on the new Cour pénale since 2011, she has been chairing the Chambre pénale d'appel et de révision since 2013. She is the Vice-President of the Cour de justice and president of the Cour pénale since 1st of January 2017. Mrs. Cambi Favre-Bulle is also an alternate member of the Conseil supérieur de la magistrature and co-vice president of the Commission du barreau. She is a lecturer at the Ecole d'avocature (lawyer school).

Mrs. Sophie CORNIOLEY BERGER has obtained her Master of Law degree from the University of Geneva, a lawyer's licence and a L.L.M. in European law from the University of Lausanne; She has been admitted to the Geneva Bar since January 1996. In September 1993, she joined the Judiciary Power as a temporary jurist of the Labour Court, activity which she carried out until 2000, before becoming a conciliator in the same court. In parallel to her work as a lawyer, Mrs. CORNIOLEY BERGER was an assistant in the Department of labour and social security law at the University of Geneva. She has been a legal counsellor of the HUG from 2002 to 2008 and was then elected as a judge to the Tribunal administratif de première instance on 1st Jannuary 2009. She was the President of this court from 1 April 2015 to 31 May 2020. Mrs. Sophie Cornioley Berger chairs the Comité d'audit interne since June 1, 2019.

Mrs. Milena GUGLIELMETTI has obtained her Master of Law degree from the University of Geneva, a lawyer's licence as well as a Diploma of Advanced Studies in judiciary from the University of Neuchâtel. After working as a lawyer, she joined the Cantonal Parliament as assistant to the sautier (Secretary of the parliament) of the Republic and Canton of Geneva. In 2004, she joined the Ministère public as a substitute. In 2007 she was elected as judge of the Tribunal civil, where she still sits today.

Mr. William Monnier holds a Master's degree in law, a Master's degree in civil and criminal law, a certificate in transnational law and a lawyer’s licence. He joined the Judiciary Power on 1st September 2014 as a jurist at the Tribunal de protection de l'adulte et de l'enfant after having practised as a trainee lawyer at the Guardianship Court. In 2019, he became the referent jurist and since November 1, 2022, he occupies the position of  Department Head within the court. In parallel, he has joined in April 2015 the Public officials and employees Association of the Judiciary Power of which he became a member and chairman in April 2016, until his election by the staff of the Judiciary Power to the Commission de gestion in November 2018.

Mr. Patrick BECKER has obtained a Master of Law degree from the University of Fribourg in 1998 and a Certificate of Advanced Studies from the Graduate Institute of Public Administration in 2010. He joined the Judiciary Power as a temporary jurist of the former Labour Court where he successively held the positions of jurist, deputy director and director. He joined the Office of the Secretary General in 2008, as deputy secretary in charge of media and institutional relations, then, from December 2009 as Deputy Secretary General. He was appointed Secretary General of the Judiciary Power with effect from January 2011 by the Commission de gestion du Pouvoir judiciaire upon the recommendation of the Conférence des président·e·s de juridiction.